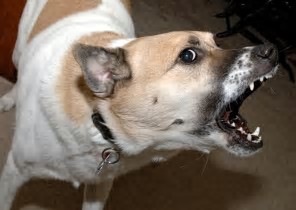 Dog barks and cat purrs couldn’t sound more different, but they do share one thing in common, which is that they can serve as a form of communication with you, their owner. Your cat may use a special “solicitation purr,” which is more urgent and “less pleasant” than a typical purr, as a tool to get you to feed her.

You may hear the solicitation purr — a low-pitched purr with a high-frequency voiced component that sounds almost like a cry or meow — early in the morning when your cat is hungry.1 Dogs also use barking as an effective form of communication, both with humans and other dogs. Yet, this natural and beneficial vocalization is sometimes perceived as a nuisance, especially if it’s persistent or takes place at inopportune times.

Like cats’ purrs, dogs also use different types of barks in different situations and for different reasons, which you can become more in tune with to develop a deeper bond with your pet.

Generally speaking, dogs use longer, lower frequency barks in response to a stranger approaching and higher pitched barks when they’re isolated.2 Your dog’s voice is also capable of communicating in a variety of nuanced tones beyond barks, including huffs, growls, whines, whimpers, howls and more. Each will be unique to your dog, and if you have multiple dogs, you can probably easily distinguish one dog’s bark from another’s.

Dogs bark for a variety of reasons, ranging from distress to trying to attract your attention. The key to understanding why a dog is barking lies in looking at the context, as although dogs make an incredible variety of sounds, comparatively little research has been done to uncover what individual barks mean. Examples of why dogs bark include:3

Why Your Cat Purrs

Cat purrs have been described as “opera singing for cats” and involve a neural oscillator sending messages to laryngeal muscles, which causes them to vibrate during inhalation and exhalation, similar to vibrato.4 Domestic cats, some wild cats and other animals, including hyenas, guinea pigs and raccoons, also purr, so why do they do it?

It’s been suggested that purring may have developed to keep cats healthy as they spent long hours silently, and stilly, in wait of prey. Cats purr with a frequency between 25 and 150 Hertz, a sound frequency that is beneficial for improving bone density and healing.5

“Because cats have adapted to conserve energy via long periods of rest and sleep, it is possible that purring is a low energy mechanism that stimulates muscles and bones without a lot of energy,” Scientific American reported.6

Purr frequencies also correspond to vibrational and electrical frequencies used to treat bone fractures, pain, muscle strains, wounds, joint flexibility and more, adding more credence to the theory that purrs may be a form of self-healing.7 While humans often associate the soothing sound of a cat’s purr as a sign that their cat is content, cats also purr when they’re injured or frightened, while they’re in shelters and at the vet.

They may use purrs as a form of stress relief or to calm down, and cats may also use purrs after giving birth to lead their kittens, which are born blind and deaf, toward them.8

Since cats also often purr when they’re cozy on their owner’s lap, getting a good scratch, it could also be a sign of happiness or a way to encourage you to keep doing what you’re doing. Purring is normal and natural in cats, but if your cat is acting unusually, it’s a good idea to contact your veterinarian, even if he’s also purring.

Always remember to consult with a certified professional before attempting to practice any form of medicine. The techniques presented are designed to enhance the healing process and are not intended to replace conventional medical or veterinary healthcare. I do not provide medical diagnosis, prescribe medications or perform surgery. Seek licensed veterinary care when indicated.
Loading Comments...