Some Chinese texts refer to Extraordinary Governing Vessel 4 as the place where the animal’s “spark” of life originated. GV 4 resides between the two Kidneys. It is said that this is where yin and yang combined to create life, hence it as seen as the location of the original yin and yang of the body. This is why GV 4 is considered a powerful acupoint and is commonly used in so many of the healing arts including Tibetan medicine, Hindu tantrism, and even Kabalistic Sefirot (netzach).

Acupoint Classification Governing Vessel 4 is one of the Doorways to the Earth Points. This point affects the pelvic region of the animal’s body and especially the lower two orifices. It impacts the hormonal system and the emotions. In Chinese medicine it is seen as one of the “hinges” of the torso.

Governing Vessel 4 has no contraindications. 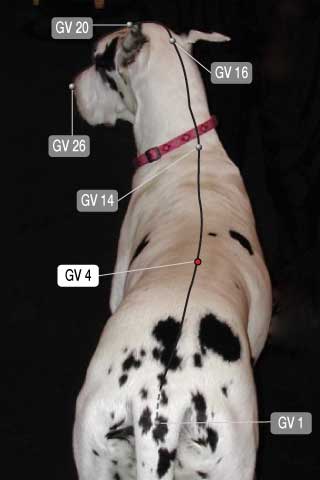 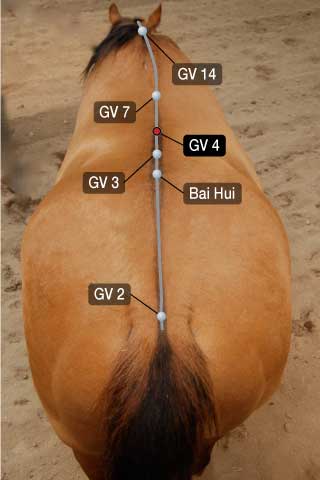