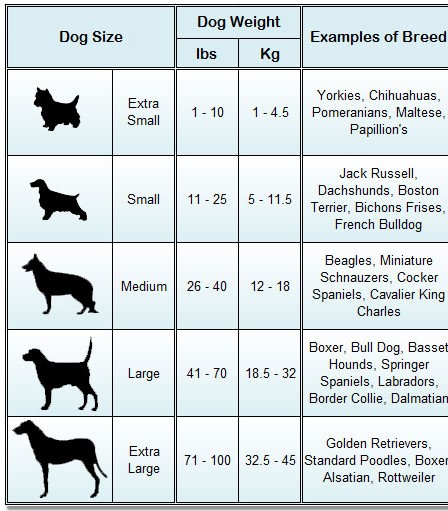 A study published in 2013 by researchers at the University of Sydney suggests that a dog’s size and the shape of his skull play a significant role in his behavior.1 Using the Canine Behavioral Assessment and Research Questionnaire (C-BARQ) as a data-gathering tool, the research team analyzed information on over 8,300 dogs of 80 different breeds and compared them to the shape of 960 dogs of those breeds.

Their results revealed a strong association between height, bodyweight, skull proportions (width and length), and behavior and concluded that smaller dogs show more aggression than their larger counterparts.

“[In] the most comprehensive study undertaken to date, our research shows that certain physical characteristics in dogs are consistently associated with certain types of behavior,” lead study author Paul McGreevy, Ph.D., of the University of Sydney’s Faculty of Veterinary Science told Phys.org. “Essentially, the shorter the dogs the less controllable their behavior is for their owners.”2

33 of 36 unwanted behaviors were size-related

The researchers found that as the height of the dogs decreased, there was an increase in the incidence of mounting behavior, owner-directed aggression, begging for food and attention-seeking. In contrast, increasing height was associated with trainability. Another finding: When average body weight decreased, excitability and hyperactivity increased. The study revealed that 33 out of 36 undesirable behaviors were associated with a dog’s height, body weight and the shape of her skull. Some of these included:

Another interesting insight from the study was that while long-skulled dogs (e.g., Afghans, Salukis and Whippets), excel at hunting and chasing behaviors, they also tend to display certain negative behaviors, including fear of strangers, persistent barking and stealing food.

“Given hunting dogs have not traditionally been companion animals sharing close quarters,” said McGreevy, “this may not be surprising.”

Short-skulled dogs like the Pug and Boxer — breeds that have undergone, and in many cases suffered generations of selective breeding to further “enhance” their pushed-in faces — tend to display more puppy-like behaviors as adults. They also seem to have completely abandoned many of their hunting instincts. Some additional observations from the study:

In drawing conclusions from their research, the University of Sydney team considered the fact that dog owners may be more tolerant of undesirable behavior in smaller dogs, which may in turn result in increased behaviors such as excessive barking, nipping, eliminating indoors, begging, separation anxiety and attention-seeking.

The researchers speculate that owners of small dogs may encourage undesirable behaviors and predispose their pets to separation anxiety, puppy-like behaviors, mounting and begging. The tendency to keep small dogs indoors and under-exercised may also be contributing factors.

Another consideration is that smaller breeds are known to be more reactive, neurologically, to stimuli in their environment than larger dogs, who tend to be more laid back.

“These findings … remind us that domestic dogs are an extremely useful model for exploring the biological forces that produce diverse animal structures and their related behaviors,” says McGreevy. “The interaction of nature and nurture in producing the relationships we have described in this study creates a raft of fascinating questions that further studies will address.”

If you’re a small dog parent and the above study findings resonate with you, there’s no time like the present to help your little one become a better canine citizen. Training a small dog is really no more difficult than training a large one — you just need to make a few accommodations for size.

So, when training your little one, until she’s had some experience reading your signals, be sure to show her welcoming eyes, small movements and a soft voice. Don’t deal with her “head on” immediately. Turn slightly to the side and get down close to her level instead of looming over her.

Other ways to do training exercises include sitting on a low stool or chair or moving your dog to a comfortable raised surface such as a table or bed.

To train her to the cue, put your hands on her, say the word and apply just a bit of pressure without actually lifting her. This gives her time to understand she’s about to be lifted. When you know she’s aware you’re about to pick her up, go ahead and do so. Consistent use of the cue will help her learn to prepare for “lift off.”

Lastly, treat your little dog like a dog! He’s not a baby or a dress-up doll. He needs to be socialized, which means having lots of positive experiences with other dogs and people. He needs to be on the ground much of the time so he can learn how to climb stairs, get into and out of your vehicle, and move confidently on all kinds of terrain.

Always remember to consult with a certified professional before attempting to practice any form of medicine. The techniques presented are designed to enhance the healing process and are not intended to replace conventional medical or veterinary healthcare. I do not provide medical diagnosis, prescribe medications or perform surgery. Seek licensed veterinary care when indicated.
Loading Comments...