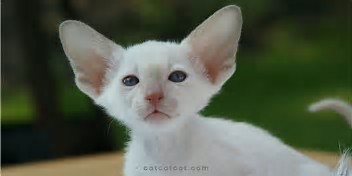 Cats are fascinating creatures, and they’re built with some pretty amazing functions. As we’ve already pointed out, their “software” is pretty advanced, and they’re not lacking for cool hardware, either. A lot of attention gets paid to animals’ senses of smell and sight and their noses and eyes, but cats’ ears and hearing deserve a little praise, too. Here are 10 things you might not know about your cat’s ears and what they can do.

The middle ear contains the eardrum and tiny bones called ossicles, which vibrate in response to sound waves and transmit those vibrations to the inner ear. In the inner ear, sensory cells in the organ of Corti respond to the vibrations by moving and bending, which sends electrical signals through the auditory nerve to the brain for processing.

Henry’s pocket is a pretty great anatomical term, and there’s another one for the tufts of fur that grow on the interior of cat’s pinnae—they’re called “ear furnishings” by cat fanciers and breeders.

“Among domestic animals, cats have some of the best hearing,” he says. “It helps them in that they’re predators by nature—being able to hear a wider range of sounds helps them detect a wider range of prey species, and gives them a chance of hearing and avoiding their own predators.”

“The most objective test we have available to us is the BAER test, which stands for brainstem auditory evoked response,” Strain says. In these tests, he explains, electrodes are placed under the skin on the top of a cat’s head and in front of each ear. A sound is then played into each ear, and the electrodes detect electrical activity in the auditory pathway.

“It’s like a TV antennae picking up a signal deep in the brain,” he says. A series of peaks in activity indicates the ear heard the noise, while a lack of activity peaks suggests the ear is deaf.