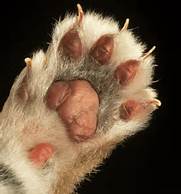 Bartonellosis, also referred to as feline bartonellosis or cat scratch disease in people, is an emerging world-wide disease caused by rod-shaped bacteria in the genus Bartonella. Bartonella henselae is the most common cause of feline bartonellosis and cat scratch fever. The infective bacteria are carried in the saliva and feces of infected fleas and possibly other external parasites, which are called “vectors”. The vectors transfer the bacteria to cats in their feces and to dogs in their saliva while they feed. Most cats with bartonellosis don’t actually get sick, or at least don’t show outward signs of illness; this makes them asymptomatic carriers of the infection. They do, however, frequently transmit Bartonella bacteria to humans through scratches (from infected flea or other parasite feces under the cat’s nails) and bites (through infected parasite feces in the cat’s mouth from licking and grooming).

Most companion cats are infected with Bartonella. There are five or more different types of Bartonella bacteria that are known to infect cats, the most common of which is Bartonella henselae. It used to be thought that cats became infected with Bartonella through the saliva of inflected fleas after they fed. More recently, the consensus is that cats usually get Bartonella infection from the feces of infected Ctenocephalides felis fleas and possibly other external parasites, while dogs are thought to become infected from the saliva of infected ticks. Ticks and fleas, which are considered “vectors” or carriers of this disease, become infected by feeding on animals that have Bartonella organisms in their bloodstream. When the vectors eliminate, their feces contains live Bartonella bacteria. Flea feces, also known as flea dirt, can be gathered under a cat’s claws while the cat scratches, and in its mouth from licking and grooming.

How the Disease is Transmitted

Many cats carry these bacteria without ever showing any noticeable symptoms of being sick. However, when cats are very young, elderly or have a suppressed or weakened immune system (such as cats with FIV or FeLV), or if they are in especially stressful, overcrowded environments or situations, they can become clinically ill from this disease. Bartonella have a propensity to infect red blood cells, which are called erythrocytes, and certain cells of the skin. The bacteria are covered by small finger-like structures called pili, which help them stick to and then enter their target cells. Once the bacteria are inside, they disrupt the cells’ normal functions. 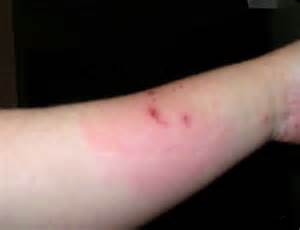 Feline bartonellosis is not exactly a contagious or zoonotic disease. However, because the Bartonella bacteria can be transferred from cats to people in flea feces as a result of cat scratches and bites, it should be treated as a transmissible illness. In most cases, people are resistant to developing infections from exposure to Bartonella henselae. However, those that have compromised immune systems definitely have an increased chance of developing so-called “cat scratch fever.” People who get cat scratch fever typically develop a raised red sore at the site of the scratch, lick or bite 3 to 10 days after exposure. The sore may progress to a red streak extending outward. Lymph nodes in the person’s neck, groin, armpits and/or elsewhere become tender and enlarged, which can persist for many months.  It is recommend that if you suspect you are infected you obtain a blood test to determine diagnosis.

Symptoms of Bartonellosis in Cats – What the Owner Sees

Bartonella organisms tend to invade red blood cells and some other cells. While most cats are asymptomatic, which means that they don’t show outward symptoms of illness, when symptoms do occur they typically show up in more than one area of the cat’s body. This can happen suddenly, slowly or sporadically. Owners of cats with clinical feline bartonellosis disease may notice one or more of the following coming on all at once, showing up gradually or waxing and waning over time:

Once symptoms of feline bartonellosis appear, they may slowly worsen or suddenly get worse within a matter of days to weeks, depending on how the cat’s immune system and organs respond to the infectious Bartonella organisms

Veterinarians presented with a cat showing non-specific signs of lethargy and enlarged tender lymph nodes, possibly also with digestive and/or respiratory symptoms, will take a thorough history from the cat’s owner and conduct a complete physical examination. The initial evaluation probably will include taking blood and urine samples and performing routine blood work and a urinalysis on those samples. While the results of these tests can be helpful to ruling in or out other causes of the cat’s symptoms, unfortunately they usually don’t show consistent abnormalities in cats that have bartonellosis.

Several different advanced diagnostic tests can be used to identify the presence of Bartonella henselae or anti-Bartonella henselae antibodies in cats. These include immunofluorescent assay (IFA), polymerase chain reaction (PCR), blood cultures and Western blot, among others. All of the blood tests, except for the blood cultures, check for the presence of antibodies to the Bartonella bacteria. If a sufficient number of antibodies are present, then a positive diagnosis usually will be made. Currently, a Western Blot Test known as FeBart is one of the more popular diagnostic tests for bartonellosis in cats. However, even if a cat tests positive on one or more of these tests, it doesn’t necessarily confirm that Bartonella infection is the cause of the cat’s clinical problems, because so many cats are infected with Bartonella without showing any signs of being sick. In addition, some cats that harbor Bartonella don’t produce antibodies to the bacteria; blood tests will not catch the infection in those cases. Multiple blood samples are necessary to accurately test for bartonellosis using blood cultures; even when a number of separate blood cultures are conducted, the bacteria still may be missed. Additional tests are usually conducted to check the cat’s overall health status; these may include testing for FIV (feline immunodeficiency virus infection), FIP (feline infectious peritonitis) and FeLV (feline leukemia virus infection).

Because it is so difficult to confirm that Bartonella organisms are the real cause of symptoms in a particular cat, and also because so many domestic cats are infected with Bartonella, many veterinarians will start treating the cat for bartonellosis even before they have made a definitive diagnosis that the cat actually is infected. Unfortunately, there currently is no reliable treatment protocol that successfully eliminates a cat’s infection with these organisms. The most common “treatment” is to administer oral antibiotics for several months and then reevaluate to see if the animal’s symptoms have subsided.

The outlook for cats with noticeable symptoms of feline bartonellosis is highly variable. However, in cases where treatment delayed, or if the cat is seriously affected by the infection, the prognosis is more guarded. Preventative measures such as flea and tick control and testing other cats in the household for Bartonella are important to managing this disease. 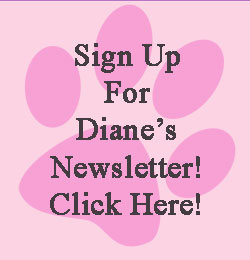